You are here: Home1 / News Archive2 / More Power to Wind

The southern state of Tamil Nadu has the largest installed wind capacity in India at close to 8,000 MW, and till 2012 was touted as the prime example of wind energy’s supremacy over other renewable forms in the country. Largely fuelled by private investment, commercial wind-energy generation in India started out in 1986. Although wind-power generation has been in existence much before renewable energy became a catch-phrase, the sector has suffered heavily over the last year and a half as a result of reduced investments. The fall in investment is possibly due to reasons outside of the seasonal and geographical limitations of wind power, including over capacity, poor evacuation and transmission infrastructure and unfriendly tariffs. It is also possible that the withdrawal of accelerated depreciation (AD) and generation based incentives (GBI) in April 2012 spelled doom for the sector. But with the return of GBI in September 2013, following Cabinet Clearance, and with Rs 80 billion set aside for these incentives, it is believed the sector is picking-up. 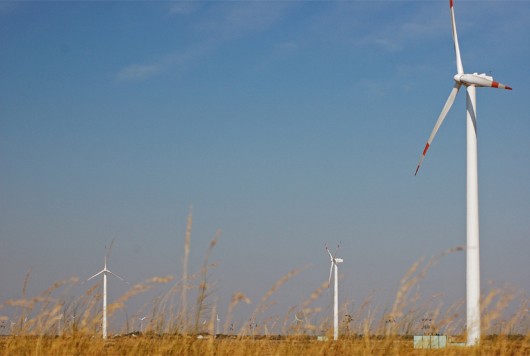 After three decades, the wind sector was considered mature enough to stand on its own and that was why government support was withdrawn, explains Alok Srivastava, Joint Secretary, Ministry New and Renewable Energy, also responsible for wind power. He adds that the dramatic fall in capacity addition and several requests from wind power producers led to the re-introduction of at least one of the two incentives provided to wind energy. “TN’s ambitious plan of adding close to 6,000 MW of wind power will definitely receive a boost with the reintroduction of GBI,” he says. The state meets over 40% of its total power requirement through wind energy and aims to add over 12,000 MW of wind capacity under the ongoing 12th Five Year Plan (2012–2017).

In 2012–13, wind capacity addition fell to 174 MW in Tamil Nadu compared to approxmiately 1,000 MW that was added in the previous two years. This fall has helped other states gain ground like Maharashtra, Gujarat and Rajasthan in their capacity addition – 288 MW, 208 MW and 614 MW respectively. While Tamil Nadu tops the list of wind generation at close to 8,000 MW of installed capacity, other states like Gujarat at 3,093 MW and Maharashtra at 2976 MW are catching up.

Counted amongst the top five wind power capacity countries globally, India stands at 18,421 MW as of February 2013, and wind power occupies the largest share in the renewable energy pie at 75% of the total grid connected RE. Considering the cost of wind power generation and other hurdles like low tariffs, market analysts suggest the return of GBI may not be enough to revive the wind sector in TN. It costs close to Rs 6 crores to set up 1 mw of wind power capacity and with the history of delayed payments and lowest tariffs in the country TN is not helping its case. “The wind tariff in Tamil Nadu is uniform and only Rs 3.51 while in other states like Gujarat and Rajasthan give over Rs 4 and Rs 5 respectively. Additionally wind generation is greatly influenced by geography. States like Maharashtra recognise that and offer zone based tariffs,” explains Amol Kotwal of Frost and Sullivan – a business consulting firm.

In December 2012, different wind power producers in TN had outstanding payments for almost 18 months and as of last year the state electricity board had run up a debt of over Rs 500 billion. “The government is trying to address all investor concerns and with close to 30 per cent plant-load-factor in most locations of the state we believe business interest will return,” says RN Sekar of the Tamil Nadu Generation and Distribution Corporation Limited. He suggests instead of private investors alone, the sector will now witness more IPP (Independent Power Producer) projects boosting power generation. In states like Maharashtra, Gujarat and Rajasthan the capacity utilisation (plant load factor) varies between 17 to 25 per cent implying that the wind blowing over TN is best suited for power generation. To take advantage of this investor concerns and transmission infrastructure can be improved.

Most key players are of the belief that Generation Based Incentives will help the sector as Accelerated Depreciation was viewed as a tax benefit and brought in a number of players who were only interested in reducing their tax liabilities and not truly interested in power generation. Dr S. Gomathinyagam, Executive Director of Centre for Wind Energy Technology (C-WET) in Chennai says, “Generation based incentives are better, as those who come to the sector will want to optimise and improve power generation in order to reap benefits.”

Amol Kotwal adds that while GBI alone may not be sufficient to keep TN in the top position, the incentive will help wind based power generation across the country. According to him the shift to other states will encourage healthy competition and lead to better wind power generation. As is visible from the three additional states that have declared their wind policy in 2012–2013, Tamil Nadu might not be the household name for windpower in the future. Other states are realising and responding to the market potentials of wind energy.

Local knowledge will be key in developing a successful project

Breaking through; the need for efficiency awareness
Scroll to top