You are here: Home1 / News2 / Focus on EVs opens opportunities for Swedish companies 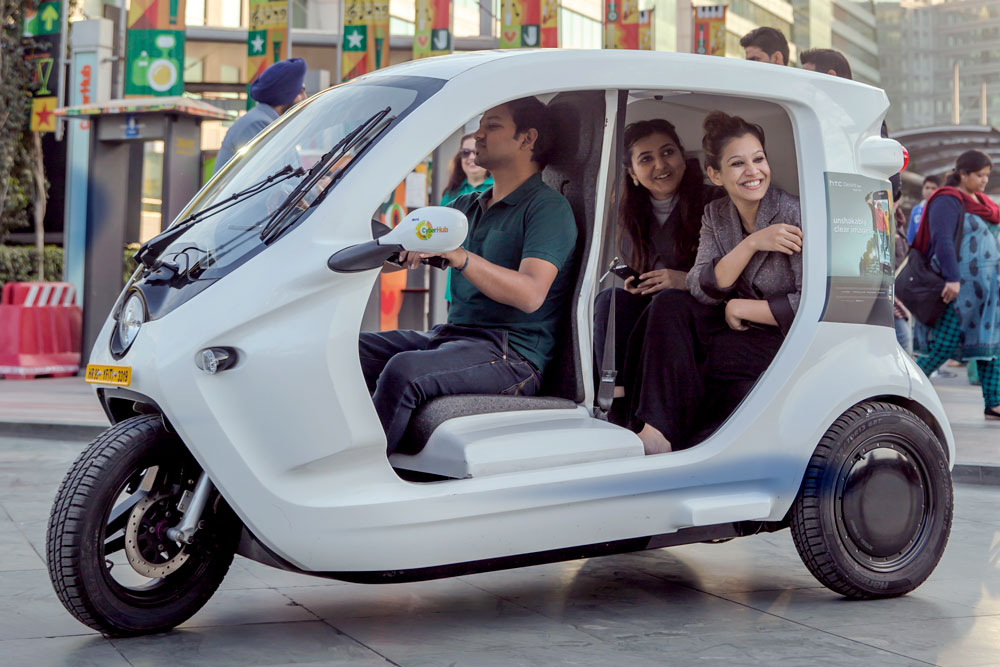 The Indian market for e-mobility is gaining momentum, how can Swedish companies get involved? This was the theme of a well-attended seminar in Stockholm, organized by the Swedish Smart Grid Forum (SSGF) and the Sweden India Business Council (SIBC) in late May.

India already has a large fleet of different types of electric vehicles, EV. In total, it is currently estimated to be about five million vehicles, mainly three- and two-wheelers, but also some passenger cars.

“The battery cost is still a very large part of the total cost of an electric vehicle. But when it comes down and the price can seriously compete with fossil-powered vehicles, the development will be very fast. This is expected to happen within the next five-year period,” says Albin Carlén, director of Internationalisation and Smart grids at the Swedish Smart Grid Forum, SSGF.

Together with SIBC and the Confederation of Indian Industry (CII), SSGF is taking a closer look at the opportunities available for small and medium-sized Swedish companies to do business in the Indian e-mobility market. A trip is planned for a delegation this autumn, where a handful of Swedish companies will have the opportunity to go.

“We will meet key players in vehicle manufacturing, charging infrastructure and financing, among other areas,” says Albin Carlén.

The seminar included, among other things, a review of the market situation and the potential in India, concrete examples such as Fortum’s ongoing pilot project for battery swapping and discussions about the challenges that await.

Arati Davis, vice president of SIBC in Stockholm, was one of the speakers at the seminar.

“There is a huge focus on EV in India. The goal is for EV to account for a total of 30 per cent of the fleet by 2030. It is a very ambitious goal. But it is not unrealistic – you can compare with the investment in solar energy, which since 2008 has gone from almost nothing to 28 GW this year.”

She describes Indian political governance as very pragmatic and real-political:

“The new policy for EV, Fame II, is the third policy in just as many years. The work is very hands on; if a setup does not work then you change it quickly. This is why the focus has now been shifted from four-wheeled vehicles to two- and three-wheelers as well as buses. It’s about investing the money where the market has a real potential to grow.”

Arati Davis sees battery development/storage and expansion of charging infrastructure as crucial factors in the future. These also constitute two of the areas identified by SSGF, SIBC and CII as the most interesting for Swedish SMEs.

“The charging infrastructure is absolutely central,” says Albin Carlén. “In Sweden, we expect society to help supply public charging infrastructure, but in India the private market is expected to solve it. It is a challenge, which at the same time opens up new ideas, for example relating to battery swapping.”

At present, there is no problem finding capacity in the power system to charge the existing EV fleet in India.

“The challenge comes when many more people want to plug in at about the same time. This makes home storage a highly interesting area. The companies that can find solutions to these issues have a very interesting market in India,” says Albin Carlén.

“The financing of ventures is another key issue,” says Arati Davis. “Within this work, we have initiated cooperation with both the State Bank of India and a number of private banks such as Yes Bank and Soft Bank, but you have to know that the EV market is new to them as well.”

She thinks the project’s most important role is gathering facts and spreading knowledge to the Swedish SMEs who want to enter the Indian EV market.

“The first delegation trip this fall will be about gathering knowledge, meeting the key stakeholders and investigating the conditions for entering the market in India” she says.

The autumn trip is scheduled for mid-November and the registration for interested companies is still open.

More information (in Swedish) at swedishsmartgrid.se

The secrets to success in India